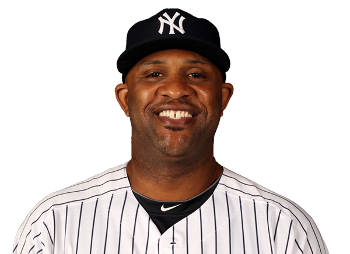 The Yankees (40-42) did not have a memorable 4th of July since they lost 8-2 to the Chicago White Sox at U.S. Cellular Field to begin their series against the 4th place team in the AL Central. The Yankees have continued their trend of struggling once getting to .500 since they got to .500 on Thursday at 39-39 but have gone 1-3 since then.

CC Sabathia, who was on track to possibly be in the All-Star Game as of the middle of June, has really struggled in his last three starts. Against the White Sox on July 4th, he allowed five runs on eight hits and two walks, and this was his third consecutive start where he gave up five or more runs.

Sabathia has allowed 11 runs in his last three starts after limiting the opposition to 13 runs in his previous 10 starts. Also, in his last three starts, Sabathia’s ERA has increased from 2.20 to 3.48. All pitchers have stretches in the season where they struggle and Joe Girardi said he believed that these three starts are not really cause for concern. However, it is important that he shows signs of improvement in his last start before the All-Star break so that he can pitch the Yankees to a win and prove that he can still have his previous effectiveness.

A player who was a borderline All-Star before this game was Didi Gregorius. He is still a small possibility but his chance has likely gone away as a result of going 0-4 (0-3 with runners in scoring position) and committing three errors (one throwing and two on ground balls). His 11 errors are only two fewer than his high for an entire season. He is usually very reliable on defense but sometimes doesn’t make the routine play.

The offensive stars in this game for the Yankees were Starlin Castro and Chase Headley but they did not nearly have enough help. Castro was 4-4 with a run scored to raise his average from .246 to .256. He was 0-12 in his previous four games, so this could be a sign of him starting to hit like he did earlier in the season. He only has three RBIs in his last 10 games, and it is important for him to drive in runs since he has been the No. 5 or 6 batter in the lineup.

Headley was 1-2 and drove in both runs that the Yankees scored in the game on his 364 foot homer to right in the second inning. Headley had a .150 average at the end of his inept April, a much improved .208 average on May 25 and his average now is all the way up to .247. He and Carlos Beltran have been the team’s best hitters the last two months, but in Monday’s game he and Castro did not have enough help.

Castro and Headley combined to have five hits but the rest of the lineup combined for only three hits. Those three hits were all singles and the Yankees combined to go a pathetic 0-13 with runners in scoring position.

Tim Anderson, Brett Lawrie and Dioner Navarro all drove in two runs for the White Sox, which gave them all the runs they would need to win the opening game of the series. Toms River, NJ, native Todd Frazier drove in one run for Chicago and is having a Dave Kingman like season since he has a .212 average with 23 homers.

It is looking more and more like the Yankees should at least be partial sellers at the trade deadline for the first in about 26 years. They lost two out of three games to the San Diego Padres from Friday to Sunday. The Padres have the worst record in the NL West at 36-47 and have already started trading some of their best players in James Shields and Fernando Rodney.

The Yankees are seven games behind the Baltimore Orioles for first place in the American League East and are now 4.5 games behind the Toronto Blue Jays for the second wild-card spot. It will be tough to make up that deficit since the Yankees would have to play much better than they have been and there are five teams between them and the Blue Jays.

If the Yankees trade Beltran and Aroldis Chapman to a team that is on track to make the playoffs they will be able to get back players who will help them be a much better team next season and improve their depth. The Yankees play two more games against the White Sox and then travel to Cleveland to play four games against the red-hot Indians before the All-Star break. The Indians have won 15 of their last 17 games.