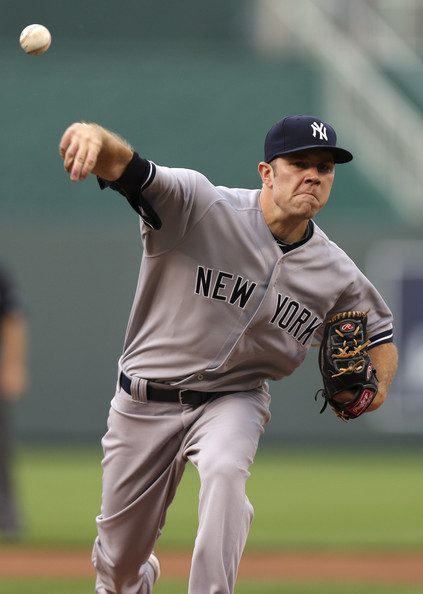 The Yankees, who have been offensively inept recently, lost to the Orioles, 11-3, on Saturday. It was their fourth loss in a row and they now have gone 5-12 in their last 17 games. The theme of this game was the ineffectiveness of the starting pitcher.

The Yankees had previously won the last nine games against American League East opponents that David Phelps had started but this start for Phelps left much to be desired. In only 2.1 innings pitched he allowed on nine earned runs on nine hits.

He gave up Chris Davis’s 29th homer in the first inning (a three-run homer) and Ivan Nova would allow his major league leading 30th home run in the sixth inning. Davis, who had five RBI and would have beaten the Yankees by himself, has six more homers than anyone else in baseball (Miguel Cabrera has 24).

Ivan Nova pitched a solid 5.2 innings in relief of Phelps, but with the current state of the offense and the recent struggle to win games the starters can’t be allowing more than five runs.

Brett Gardner had the best game of any Yankee as he was 2-5 and drove in his 30th run of the season. Gardner, Robinson Cano (who is seven for his last 17), and Ichiro Suzuki are the only Yankees who have been consistently hitting of late. Zoilo Almonte, who was hitting .583 after his first 12 at-bats, has predictably cooled off and is now hitting .310. He needs to be patient and hit like he did a few games ago. He is only the second Zoilo in MLB history.

They desperately need some of their injured players to return like Eduardo Nunez, Curtis Granderson and Derek Jeter because the bats have been struggling to score runs. David Adams, Jayson Nix and Lyle Overbay, the current third baseman, shortstop and first baseman, respectively, have not been producing on offense, which makes acquiring a corner infielder important.

An infielder that the Yankees should trade for in the coming weeks is Michael Young. He is in the middle of his 13th season as a starter, and first with the Philadelphia Phillies after a long stint with the Texas Rangers. Young has a .287 average with five homers and 21 RBI, can play any infield position but is primarily a first or third baseman, and would be an upgrade over David Adams at third.

The Yankees don’t have much hope currently with a punchless offense that includes Nix, Overbay, Wells, Adams, Overbay and Austin Romine. Like I have said before, they need to hope that Wells and Overbay can hit like they did earlier in the season, they acquire an offensive upgrade via trade and that some of the injured Yankees can return soon.

The Yankees can also look forward to Michael Pineda coming off of the disabled list to bolster the pitching rotation. He will be able to replace Phil Hughes or Phelps. He has had a long path back to the majors after shoulder surgery caused him to miss the 2012 season (he was also out of shape).  Five days ago, in his first start for Double-A Trenton, he was able to throw six shutout innings after only 78 pitches. He struck out four and only allowed two hits.

In that start, Pineda’s fastball peaked at 96 MPH and it was consistently between 91 and 94 MPH. It appears that he might only need one more start before he comes up to the Bronx. He was the Rookie of the Year for the Mariners in 2011.